In early 2012 I met Airbnb. At the first time (I was living in Spain yet) I thought that was not a very good idea. I was mainly scared about the fact that I would be sharing a house with complete strangers.

When I arrived in London a lot of people of Google Campus were using it. So in early 2013 I gave it a try.

From early 2013, I made dozens of travels using Airbnb. Both professionally and leisure. Nowadays I think that I couldn't live without this service.

From mid 2013 I've travelled to London around one time per month. If I need to book a hotel I would spend a lot of days with crappy internet connection and nobody to speak with after work. Using Airbnb gave me a chance to speak with a lot of English people, learning UK culture, etc... Actually, some of my previous hosts are now my friends.

So, in January 2015, I had a reservation in a London house. I arrived on Sunday afternoon and all was ok, so no problem. Monday got home after work and it was freezing. I waited for the host. At 21:00 I sent her an sms and an email, at 22:00 I called her but she hanged up my call.

So at 22:30 I opened an issue in Airbnb, telling that the home was freezing and the host didn't reply to my intents of communication. Few hours later, I was in bed with 2 duvets and 2 blankets, and Annie from Airbnb called me. She was very very kind with me and she also offered me the chance to move to any hotel, or try different options. By that time the host already arrived and she powered on the central heating, so it was not needed to moved at that time in the night. Problem fixed! - I thought. 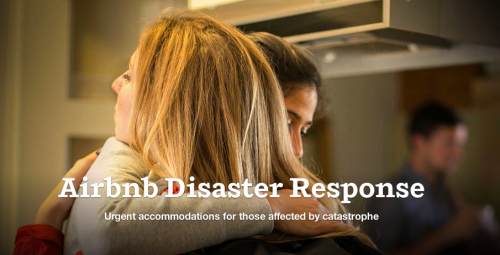 During the morning I tried to speak with Airbnb, but nobody replied my emails. So I didn't know where I'll sleep Tuesday night. Meanwhile the host didn't reply me.

At 17:00 UK time, I wrote a public tweet, and in 20 minutes someone from Airbnb support rang me. They want to catch up with my issue! USA customer services started to work again. :-)

At 18:00 Annie called me again. She was the best support agent that I ever had. She gave me some options (another house, hotels). I selected another house that I used before. After few hours and dozens of Annie calls, I was in a warm house! I'm quite happy with Annie's support, she gave me a lot of options. Meanwhile two different Europe agents closed my tickets without any comment. I'm pissed off with that.

I was quite worried during Tuesday morning, I didn't want to move around London in the evening. Europe support didn't provide me any solution.

So, I totally recommend Airbnb! I never had problems before. USA agents and Annie helped me a lot, but it definitely looks that they need some work in the Europe customer service if they want to keep the good work.

On the other hand, and more related with my field, Airbnb needs to improve the calls quality. I had some issues with it and even some of the calls got dropped.